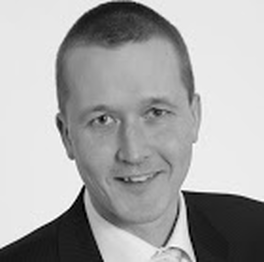 Janne holds an M.Sc. in energy economics + entrepreneurship, is a serial entrepreneur and green business guru. On Green Connections, he will give a presentation on how to turn complex sustainability problems into green business focusing on smart city cases.

Janne has 20+ years in the cleantech business. He is a co-founder of a few international businesses that scale-up the human expertise through digital platforms (i.e. SOLVED, enersize.com and smilee.io). Earlier he was running a top notch energy audit programme with 1500 auditors.

Janne is the founding CEO of SOLVED (www.solved.fi). SOLVED is a world’s leading on-demand advisory and digital collaboration platform in the field of green economy. SOLVED will quickly mobilize experienced multidisciplinary teams using its network of more than 3000 experts in 70 countries. The company provides a digital co-creation platform as a service for project ideation and development. SOLVED’s expert-on-demand offering is a complete solution for avoiding bottlenecks in projects and activities.

Dr. Jing Liu is a co-founder and majority owner of Bioprocess Control. He has been Chief Technical Officer (CTO) and a Board member since the company was established in 2006. Since January of 2013, Jing has been fully responsible for company operations at Bioprocess Control. Over the past 20 years, Jing's work has been focused on both technology and business development in optimization of the biogas process, with a special emphasis on instrumentation, control and automation.

​Bioprocess Control is a market leader and niche player in the area of low gas flow analytical instruments for environmental biotechnology related applications. The company was founded in 2006 and today brings to market nearly 20 years of industry leading research and product development in the area of smart analytical instruments for laboratory applications. Bioprocess Control currently has over a thousand customers from over 500 organizations in 60 countries around the world with more added every year. 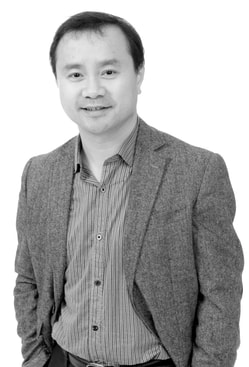 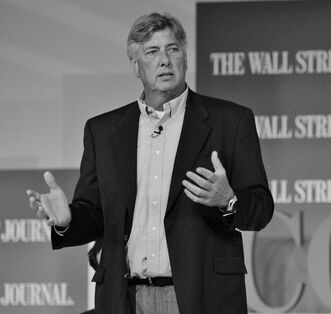 Ned McMahon is the founder and CEO of Primo Wind – a hybrid wind/solar company designed for both urban and rural installations that combine lighting, security, and communications. He holds 5 patents.  He was the founder of Malama Composites, Inc. the first company to manufacture rigid PU foam made from non-toxic plant based chemistry. Ned is a board member at USD’s Kroc School for Peace Studies and has been a Hansen Summer Institute mentor. As a lifelong sailor he also developed a sailing program for at-risk children.

PhD Elias Hakalehto is a microbiologist and biotechnologist, and adjunct professor for the universities of Helsinki and Eastern Finland.  With his company Finnoflag Oy he has conducted over 100 R&D projects for different industries. As vice president of the International Society of Environmental Indicators, he organised and chaired the 22nd global ICEI  conference in Helsinki August 2017. During 2012-14 he was the principal technology provider for ABOWE Biorefinery project of six European Union Baltic Sea countries. Currently he runs the biorefinery testing and ecosystem engineering project in the city of Tampere, Finland, for converting 1.5M tons of waste deposits into useful chemicals and energy. 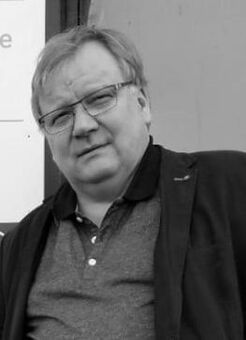 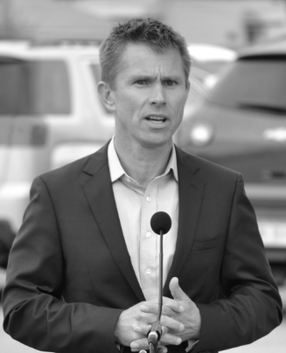 Wheatley joined Envision Solar as a consultant in 2010 and has served as the Company’s CEO since 2011 and as Chairman of the Board since 2016. He has two decades of senior international management experience in technology systems integration, energy management, communications and renewable energy. He was a founding partner in the international consulting practice Crichton Hill LLC. Prior to Crichton Hill, Wheatley was CEO of iAxis FZ LLC, a Dubai based alternative energy and technology systems integration company. From 2000 to 2007, he held a variety of senior management positions at San Diego based Kratos Defense and Security Solutions, fka Wireless Facilities with the last five years as President of ENS, the largest independent security and energy management systems integrator in the USA. Prior to ENS, Wheatley held senior management positions in the cellular and broadband wireless industries, deploying infrastructure and lobbying in Washington DC on behalf of major wireless service providers. Wheatley has founded, funded and operated four profitable start-up companies and was previously engaged in M&A activities. Wheatley evaluated acquisition opportunities, conducted due diligence and raised commitments of $500M in debt and equity.
Kimberlee Centera
President and CEO
TerraPro Solutions (USA)

Kimberlee Centera, founder and CEO of TerraPro Solutions is a trailblazer in a male-dominated industry. She began her career in renewables over 25 years ago at SeaWest Wind Power. As a risk management expert for the development and financing of large-scale generator energy projects for public utilities and community development, she possesses the expertise to identify, manage and mitigate risk. Kimberlee works on complex high-value projects, such as a wind farm development that powers a JP Morgan Chase property. In addition to consulting, TerraPro Solutions offers real-world training and coaching.  A leading renewable energy expert, Kimberlee has provided commentary for National Public Radio’s Marketplace. She frequently serves as a speaker and educator at leading wind and solar conferences. ​

Dr. Mehdi Sarram is the President of Energy Security Consulting Group. He has a post graduate degree in nuclear engineering from the University of Michigan, 1967. He held a US-DOE “Q” Security Clearance, has over 47 years nuclear experience and has visited 38 countries. He worked for the International Atomic Energy Agency in Vienna, Austria and has worked for the US nuclear industry for over 35 years for Raytheon Nuclear and AREVA NP. Since 2008, as an independent consultant, he has worked for AREVA NP and for MHI on nuclear projects. In 2012, as a senior adviser for URS, he worked for KEPCO in Seoul, South Korea on a major nuclear project. He has made numerous presentations on renewable energy, nuclear power and public health and safety. He has published numerous scientific papers in technical journals in the areas related to energy.  He has been lecturing at UCSD, SDSU, UC Berkeley, the University of Michigan, the World Affairs Council on JCPOA. He has been a member of the American Nuclear Society for 55 years.  ​
Pontus Rystedt
Managing Partner
Hi3 AB (Sweden)

Pontus Rystedt is an innovation consultant, assisting clients to ideate, develop and market new products and service. He also acts as a link between regions that are leaders in innovation for a better world.

At Green Connections he is presenting the Swedish company Azelio’s innovative approach to storable solar power. It is solar power when you need it, where you need it and in the form you need it. Azelio's solution produces renewable electricity in an effective way, 24h a day, through a highly efficient, multi-hour energy storage system. 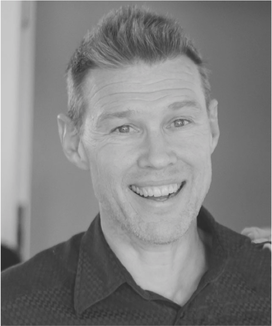 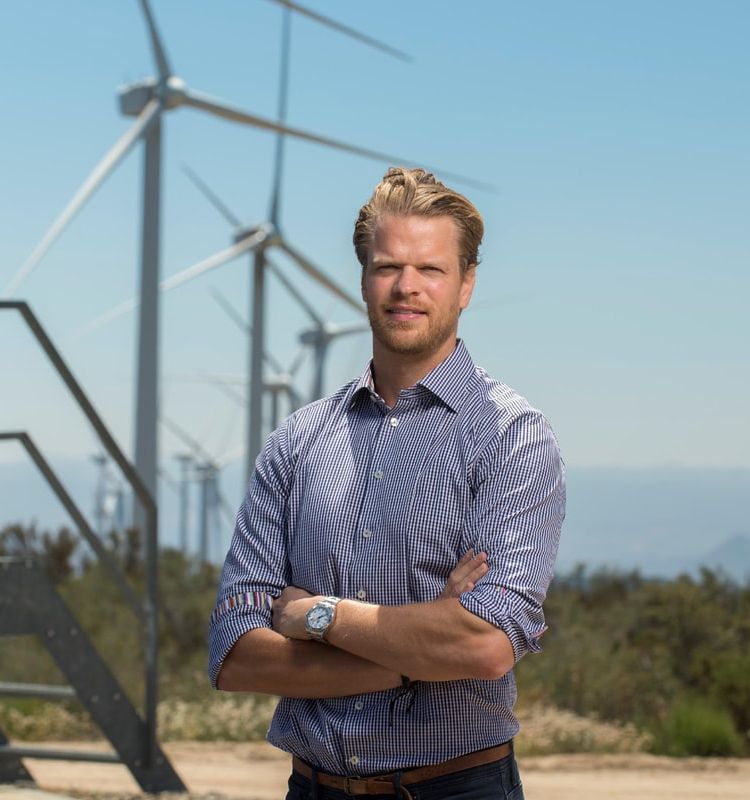 Hans-Christian is an electrical power systems engineer and has been active in the power and utility industry since 2005. He worked for several renowned consulting companies within the sector until he, in 2008, co-founded the Swedish wind developer Svenska Vindbolaget AB and became the company’s CEO. In 2011 he joined the leading wind farm developer in the Nordic region, Eolus Vind AB, when Svenska Vindbolaget was sold to Eolus. Currently Hans-Christian is leading Eolus’ entry into the North American market and serves as Country Manager of Eolus North America, Inc. In 2014, Hans-Christian founded IOWN Renewable Energy Inc. which is based in La Jolla, California and he currently serves as the company’s CEO. IOWN develops, funds and manages renewable energy projects by connecting expertise with funding. Hans-Christian also serves as Board Director of Oak Creek Energy (USA) since 2016, which is a Mexico and LATAM focused renewable energy developer.
Byron Washom
Director of Strategic Energy Initiatives
University of California, San Diego (USA)

Mr. Byron Washom has served as Director of Strategic Energy Initiatives at the University of California San Diego since 2008. Previously he served as the CEO of a technical due diligence firm in CleanTech while concurrently serving as Sr. International Advisor to The World bank and being a four-time Rockefeller Foundation Grantee in renewable energy development. In 1984, Mr. Washom received an R&D100 for one of the 100 most outstanding innovations in the world based upon his entrepreneurial leadership that set eight technical world records for the conversion efficiency of sunlight- to-grid connection that remained unsurpassed for 24 years. Fast Company magazine named him to their June 2010 cover story "100 Most Innovative Persons in Business". In 2013, he was retained to help design the microgrid for the Hawaiian Island of Lana`i which is 98% owned by Larry Ellison. 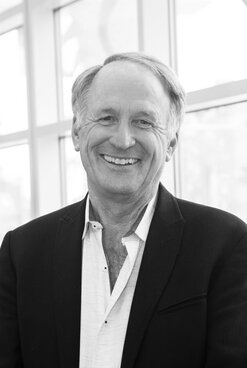